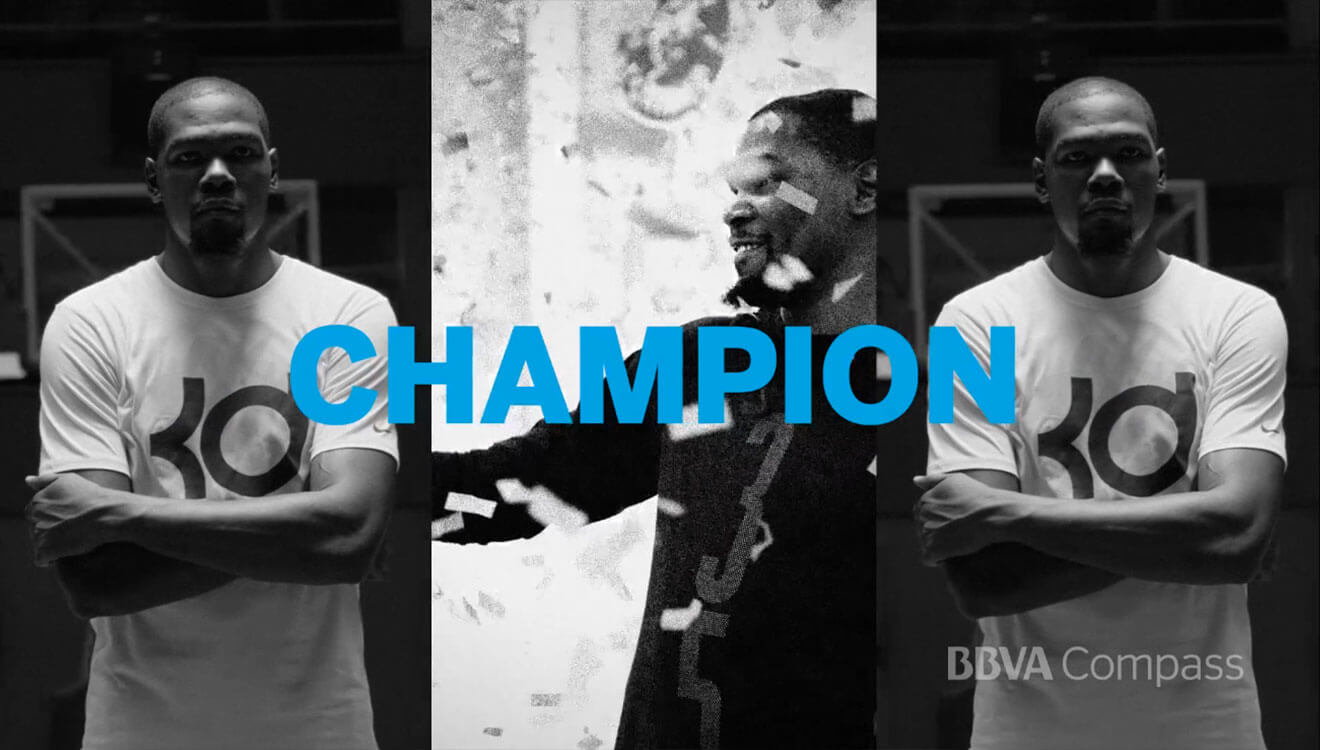 As Golden State started marching toward the Finals, we started discussing with BBVA Compass the opportunity to leverage the bank’s partnership should Kevin and his team win it all.

Three weeks before the Finals, we began developing video concepts congratulating KD on his (potential) achievements. At first, our discussions focused on social media promotions only. However, as Golden State sailed through the playoffs, with Kevin leading the way, we realized the stage for promoting BBVA Compass’ partnership with Kevin and the NBA could be much larger.

To realize this potential, we worked hand in hand with BBVA Compass’ media and sports marketing companies, as well as ESPN, to develop assets for TV and online. Knowing that the Warriors could win the series in four games, we had to finalize all of the assets in a condensed timeline. Complicating the situation was the fact that the Warriors could win without Kevin being named MVP. To make sure we had this contingency covered, we developed and sent two sets of creative to ESPN with slightly different messaging.

On Monday night, everything came together as planned: Golden State took the title, KD won NBA Finals MVP and our BBVA Compass commercial congratulating Kevin on his achievements aired after the game on ESPN.

While the congratulatory messaging communicated in our broadcast, social and online media felt spontaneous, it was the result of detailed pre-planning and unselfish teamwork – a recipe that worked well for Golden State and us.

Check out the tweet from one fan who seemed impressed with our (and Nike’s) “real-time” advertising. 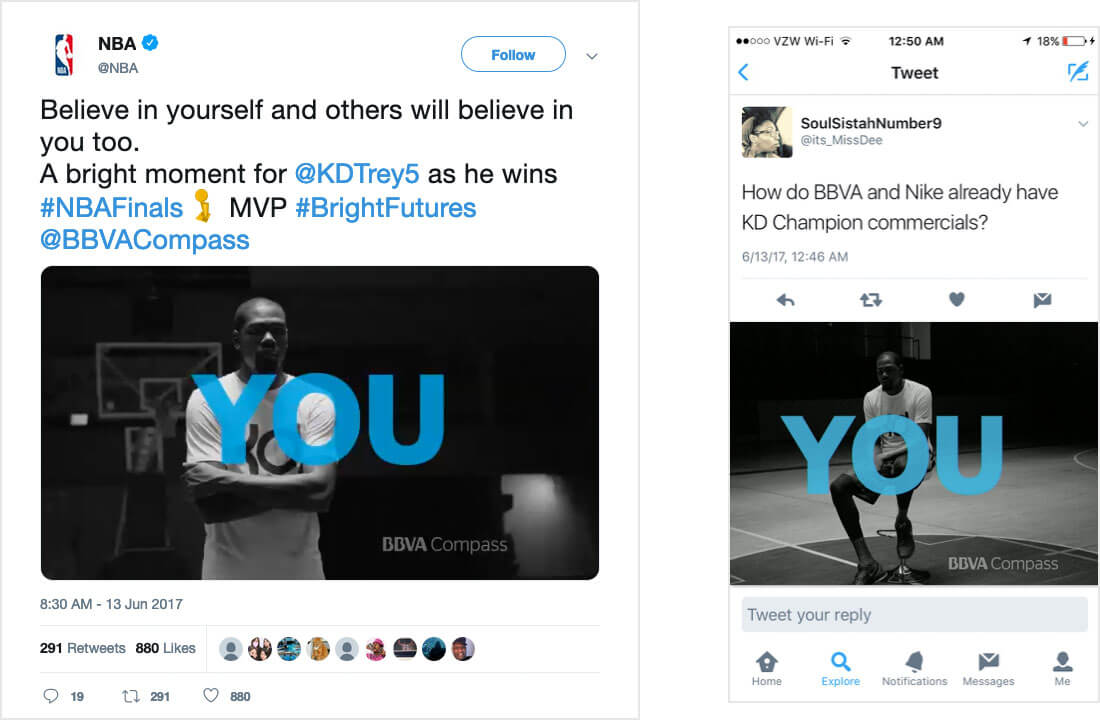